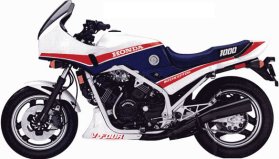 The Interceptor was available in Blue/White/Red (Candy Aleutian Blue with Shasta White), Black/Red/White (Candy Alamona Red with Pearl Shell White) or Black/Silver/White. The "Honda" and "Interceptor" striping across the tank and side panels were red or blue. 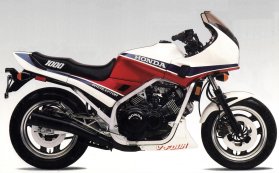 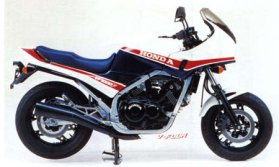 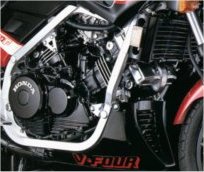 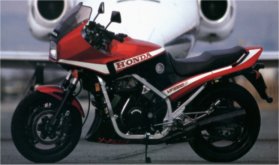 In Europe the "Interceptor" was launched as the FE model in 1984 and reported engine power output was increased to 116 horsepower (87 kW). Features such as Honda's dive control system (TRAC) and adjustable suspension were still present with the biggest change being the colour schemes available in Red/White, Blue/White and Silver/Black the graphics are in red on a white background, the "Interceptor" graphic is replaced with VF1000F below the tank and the "Honda" tank graphic stretches across the half fairing. The aluminium Comstars are now black. The VF1000F was discontinued in April 1985.The evolution of the VF1000F(1) to the VF1000F2 began in April 1985 with the VF1000FF (and subsequent rare FG) model. The styling of the bike changed with new side panels and grab rail. The 16-inch (410 mm) front wheel was replaced with an 18-inch (460 mm) wheel and the bike was available in Silver/Blue or Silver/Red. The "Honda" tank graphic appears in white and "VF1000F" is moved to the rear of the side panel in black. 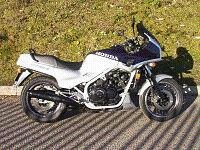 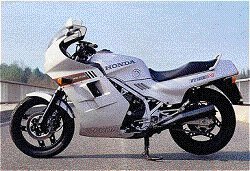